20 replies to this topic

Pictures, stories, details are welcome. Middle names are your choice!

Our Home... http://www.seeing-st...p;OursHouse.jpg It might need a little work.


Ours: After Jonathan's wife died and Risa divorced her abusive husband and gained sole custody of her kids. Jonathan and Risa began dating, got married and decided to have kids of their own...

(Ada and Elmo were born only a week apart at the same hospital where Jonathan worked and were put up for adoption at the same time.)

After the death of Ben's wife, Nicole, he and his family were devastated. She died while giving birth to the twins, Noah & Adelaide, due to complications. It took several years for them to re-coop and once the twins turned 5, Ben felt he was ready to date again. Once he met Elizabeth and her children, he knew she would be a great person to spend the remainder of his life with.

Liz's ex-husband was very abusive. He abused Liz & her 4 children. The abuse was reported and he was taken away and locked up in jail. Liz met Ben only two years later and quickly fell in love. Her children were quite young when the divorce happened but are very happy with their new daddy and siblings as they are very caring and loving.

Ours: Once Ben & Liz married, they decided they wanted more children together. They began trying right away and soon Liz was pregnant with their first child, Caroline. They ran into fertility problems a few years later when trying for a second child as Liz was getting older. They went through two IVF treatments and became pregnant with the quads.

Ours :Adopted: The family felt content with their blended family but when their best friend adopted children, they decided they too wanted more children, especially adopted ones. They looked into several agencies and soon decided to adopt from Ethiopia. They brought home an older brother & sister set who had been in the system. They kept their African first names as their middle names and gave them new first names that they felt fit the children. Isla & Chase are wonderful additions to the family.

When Melody got pregnant their junior year of college, Griff did the honorable thing and married her. They managed to finish college and both got great jobs. Griff as an architect for a fast growing firm and Melody as an interior designer. He was deeply in love their entire marriage but Melody felt trapped. She ended up cheating on Griff with an artist who frequently did pieces for Melody's clients. They decided to run away together to California. It hurt Griff and their children deeply and for a long time Griff wasn't ready for the possiblity of dating. 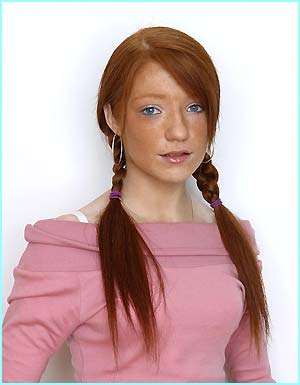 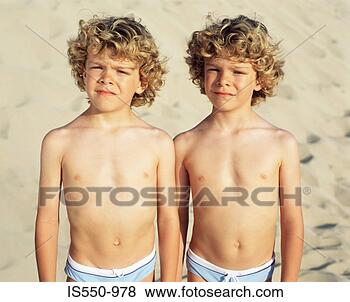 Cade and Paul were the perfect couple. They had a nice house, nice cars, he had a great job and she was a stay-at-home mom. They had great, well-behaved kids. It was almost stepford wives-ish how perfect they were. Until one night, two weeks after the twins were born, when Paul and Dex were riding home from soccer practice. It was raining and the roads were slick. Paul lost control of the car and they slammed into a tree, killing Paul instantly. The wreck injured Dex to the point that they didn't know if he was going to make it for a while. Cade couldn't believe it but she stayed strong for her kids.

Conrad with his best friend Lily

Six years after Melody ran away Griff's oldest kids Cat and Ash signed him up for an online dating service because she was worried about him being lonely. He wasn't very happy when she told him but decided to go on a few dates to please his kids.

Four years after Paul was killed Cade's best friend Ally convinced her that she should start dating again so she made a profile on the same dating site as Griff did. They seemed like perfect matches and went on a date together. There was instant chemistry and they started dating exclusively right away.

They had been dating for 2 years when they found out that they were pregnant! Griff was a little hesitant at first because of deja vu but realized that Cade was nothing like Melody and proposed. They were married in a small wedding at their house in June. Their children were the bridal party and all had a say in the wedding.

While Cade was pregnant with the quads, Odessa became best friends with Minnie. She ended up practically living at their house and was almost part of the family. So when she revealed that she was an orphan it felt right to adopt her. They met Trip while at the group home Minnie lived in. They immediatly fell in love with his out-going nature and easy-going personality. So 6 months later they adopted him too.

Adopted Ours
DD: Aria Dakota (16)
DS: Chase Gregory (2)
We adopted Aria about 4 years ago and we adopted Chase at birth. They have adjusted really well within the family. Aria is very protective of Chase.